Force-Majeure (pronounced / force – ma – ju – er) is a concept that can be traced back to France and their civil procedure code. Literally meaning a greater force is a legal concept that upon an extraordinary event or circumstance occurring which was beyond the reasonable control of either of the parties to a contract, neither of the parties can be held accountable. This concept has now been widely accepted across legal jurisdictions across the world including in common law systems such as India.

A contract binds the parties to it by means of the clauses agreed between them, and once agreed agreements must be kept. In contrast, a force-majeure clause acts essentially as a release clause that removes liability from the contracting parties in the event of a force-majeure happening. For an event to classify as a force-majeure events it has to be a reasonably unforeseen and unavoidable event upon which neither of the parties could exercise control. This concept being of a nature that essentially voids the agreement between parties is applied differently across jurisdictions of the world.

Essentially when an unforeseen circumstance arises that frustrates the performance of the contract, the contract is defeated. The Doctrine of Frustration is captured under Section 56 of The Indian Contract Act, 1872.

The section stands as follows: “An agreement to do an act impossible in itself is void. A contract to do an act which after the contract is made, becomes impossible, or, by reason of some event which the promiser could not prevent, unlawful, becomes void when the act becomes impossible or unlawful. Where one person has promised to do something which he knew, or, with reasonable diligence, might have known, and which the promisee did not know to be impossible or unlawful, such promisor must make compensation to such promisee for any loss which such promise sustains through the non-performance of the promise“.

Although the concept of non-performance of an obligation due to incapacity or incompetency has existed for long, the concept of non-performance due to unforeseen circumstances developed much later. The Supreme Court of India in the case of Satyabrata Ghose vs. Mugneeram (1954 SCR 310) held that Doctrine of Frustration is based upon the impossibility of performance of contract and the expression frustration and impossibility can be used as synonyms. The Supreme Court in Industrial Finance Corporation of India Ltd. v. Cannanore Spinning and Weaving Mills Ltd. (2002) 5 SCC 54 held that there are three conditions are required to trigger doctrine of frustration under section 56 of the Contract Act – firstly, there should be a subsisting contract; secondly, some part of the contract is still to be performed; and thirdly, after the contract is entered into it becomes impossible of performance.

Frustration can said to happen in the following ways, (a) Death or incapacity of a party:- Where a party to the contract has died after entering into contract or the party is incapable of performing the contract, in such a situation the contract will be void; (b) Frustration by virtue of legislation:- Where, a law promulgated after the contract is made, makes the performance of the agreement impossible and thereby the agreement becomes void and (c) Frustration due to change of circumstances:- This particular situation deals with those cases where there was no physical impossibility of performance of the contract, but because of the change in circumstances, the main purpose for which the contract was entered has been defeated.

It is important to note that the Doctrine of Frustration can be invoked even when there is no express clause or provision in the contract, i.e., it applies by default. Whereas Force Majeure clauses bring into the contract a wider ambit of circumstances, that if the parties wish can be incorporated to include any acts of god.

Delhi High Court in MEP Infrastructure Developers v/s South Delhi Municipal Corporation and ORS (W.P(C) No. 2241/2020) decided an important issue of applicability of force majeure owing to COVID-19 pandemic. It held that after publication of above notices by the government, specific notices as parties as required under their contracts to invoke FMC was not required and it would come into instant effect once it was acknowledged by the other party.

Delhi High Court in Pasithea Infrusture Ltd v Solar Energy Corporation of India Del 12562, observed that the term ‘Force Majeure’ has a more extensive meaning than ‘Act of God’. The requirement for an event to be ‘Force Majeure’ are as follows: it must proceed from the cause not brought about by the defaulting parties’ default, the event/cause must be inevitable and unforeseeable, and the cause must make execution of the contract wholly impossible.

The Government on India vide office memorandum dated 19th Feb 2020 (No. F.18/4/2020-PPD), through Department of Expenditure, Ministry of Finance clarified that Covid-19 should be considered as a case of natural calamity and FMC (Force Majeure Clause) may be invoked.

Further vide office memorandum dated 13th May 2020 (No. F.18/4/2020-PPD), clarified the effect of invoking the FMC with regard to government contracts and revival of obligations under the contracts after completion stipulated period during which difficulties due to COVID-19 would cease to exist.

Therefore, in effect, the government of India provided clarity on invocation of Force Majeure clauses during the current pandemic.

Although it must be noted that the above defense of invocation of FMC clauses may only be available to parties who can prove that the COVID-19 induced lockdown has negatively affected their ability towards performance of the contract, despite reasonable mitigation activities, the substrata of the contract was affected by the pandemic and the contract stood frustrated.

If an invocation of FMC leads to a dispute, the validity of it will depend on the merits of each individual case. 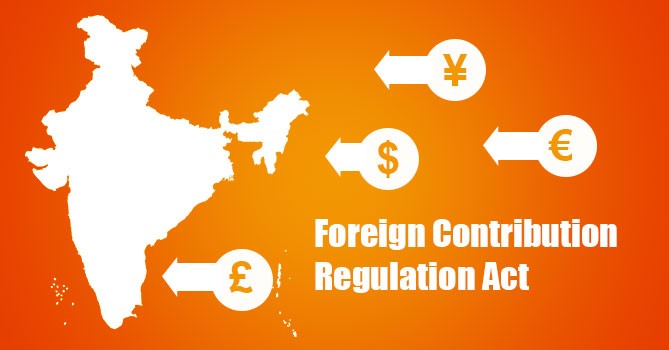 As per the rules of the Bar Council of India, law firms are not permitted to solicit work and advertise. By clicking on the “I Agree” button below, you acknowledge the following about this website (nralegal.com):

• that there has been no advertisement, personal communication, solicitation, invitation or inducement of any sort whatsoever from us or any of our members to solicit any work through this website;

• the information about us is provided to you on your specific request and any information obtained or materials downloaded from this website is completely at your own volition and any transmission, receipt or use of this site does not create any lawyer-client relationship; and that

• we are not liable for any consequence of any action taken by you relying on the material / information provided on this website.

If you have any legal issues, you, in all cases, must seek independent legal advice. We use cookies to enhance your experience. By continuing to visit this website you agree to our use of cookies.

This website uses cookies to improve your experience while you navigate through the website. Out of these, the cookies that are categorized as necessary are stored on your browser as they are essential for the working of basic functionalities of the website. We also use third-party cookies that help us analyze and understand how you use this website. These cookies will be stored in your browser only with your consent. You also have the option to opt-out of these cookies. But opting out of some of these cookies may affect your browsing experience.
Necessary Always Enabled

Performance cookies are used to understand and analyze the key performance indexes of the website which helps in delivering a better user experience for the visitors.

Analytical cookies are used to understand how visitors interact with the website. These cookies help provide information on metrics the number of visitors, bounce rate, traffic source, etc.

Advertisement cookies are used to provide visitors with relevant ads and marketing campaigns. These cookies track visitors across websites and collect information to provide customized ads.

Other uncategorized cookies are those that are being analyzed and have not been classified into a category as yet.